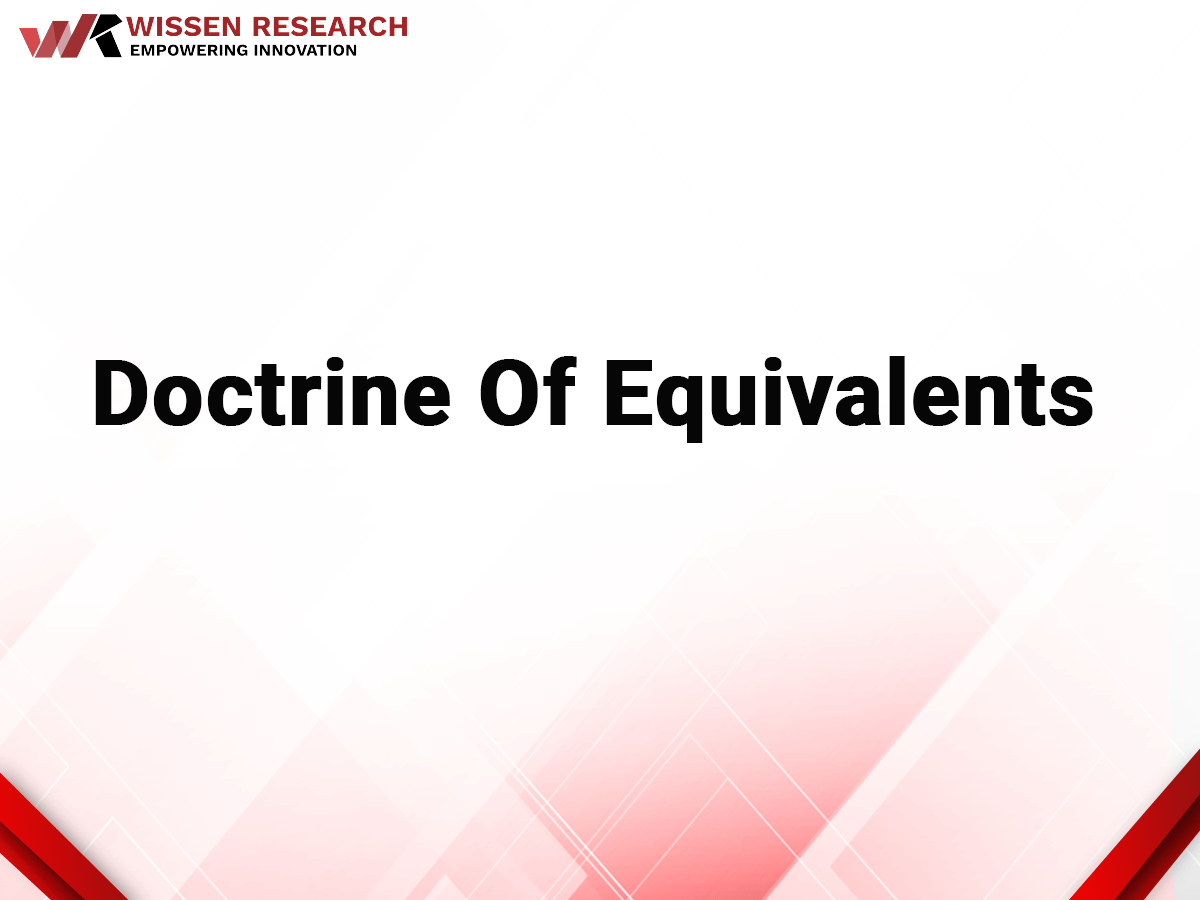 A patent is an exclusive right granted to an inventor by a national or regional patent office for creating something novel, useful, and non-obvious. Each invention necessitates a significant amount of time and money in the form of research and development. Patent rights enable owners to prohibit others from profiting from their creation while also allowing them to earn a sufficient return on their investment. In order to maintain the balance between the inventor’s interest and the public interest, patent rules require inventors to explain their work in “full, clear, precise, and exact words.”

An imitation of a patent may or may not be a direct imitation, but it may have the same impact. If such copying is permitted, it will defeat the purpose of awarding the inventor patent protection. Making minor changes to the invention, claiming that it does not fall within the actual text of the claims, and reaping higher benefits than the original inventor without devoting much effort or resources would become more profitable. To combat such activity, the US Supreme Court developed the Doctrine of Equivalence.

What Is Doctrine of Equivalents?

The doctrine of equivalents allows a patentee to bring an infringement claim even though the original product and the infringing product are not identical.

Patent owners can safeguard their intellectual property in a number of ways. The “doctrine of equivalents” is one of these approaches (DOE). If the product in question isn’t identical to the original, the doctrine of equivalents allows a patent holder to sue for infringement. This prevents an infringer from stealing the benefit of a protected innovation by changing only minor or insignificant elements of the claimed invention while keeping the functionality the same.

The Court will consider whether the infringing product performs the same function as the original. If the product is judged to be equivalent in these aspects, the patent holder will win.

This doctrine of equivalents was established in Graver Tank & Mfg. Co. v. Linde Air Prods., Inc. The “triple identity” test was developed from this case’s decision. If a product fits the following features, it is considered equivalent under this test:

Warner-Jenkinson v. Hilton Davis Chemical Co., a later Supreme Court case, introduced the “all elements” rule. The DOE must be applied to each individual element of a claim under the “all elements” rule, not to the invention as a whole. Every element of the claimed invention, or its significant equivalent, must be shown to be present in the accused product or method.