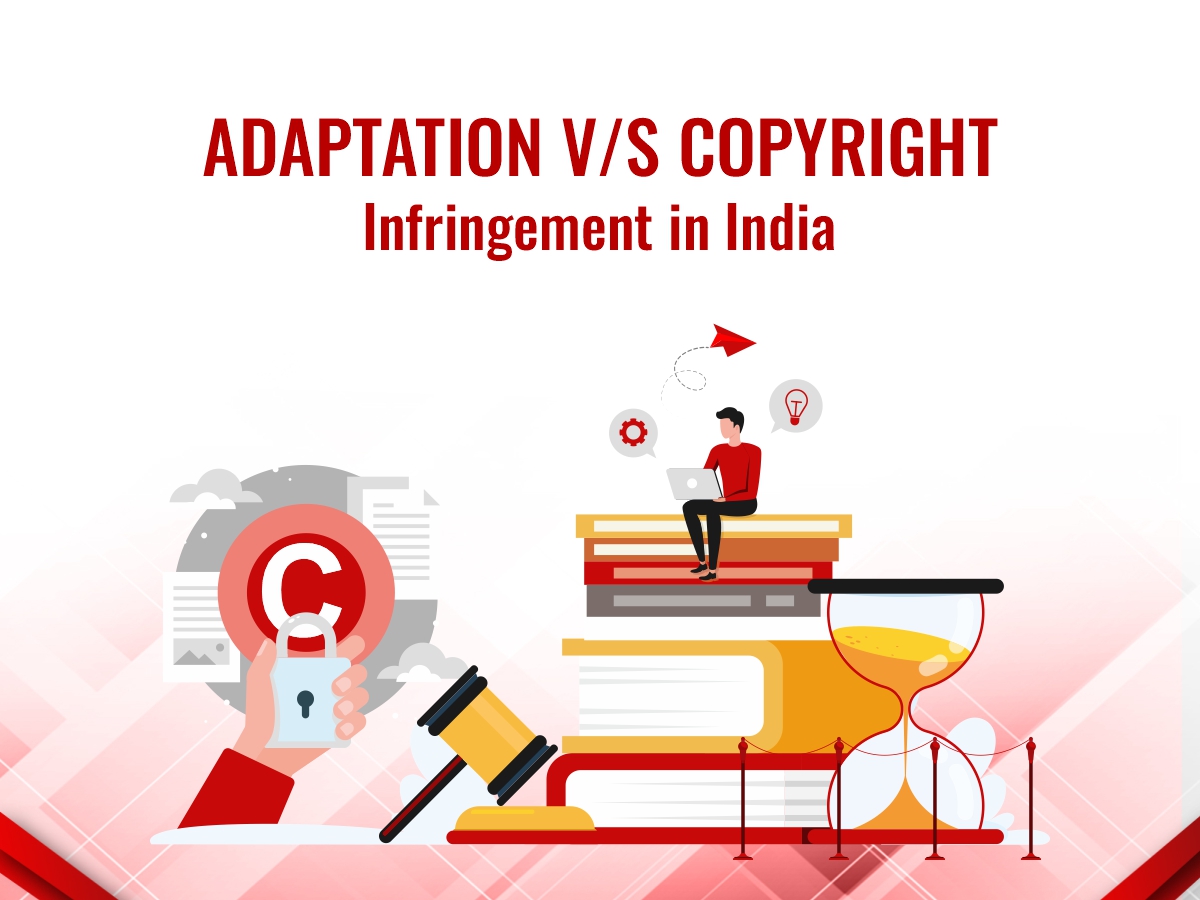 Under Indian law, an adaptation is simply a format change, in which a copyrighted work is changed from one format to another. The copyright in a derivative work solely applies to the material contributed by the adapter, and therefore has no effect on the copyright protection provided to the original material. Adaptation, according to copyright theory, is a work that is basically the same as the original work, while the format may differ.

Adaptation is generally acknowledged as a change to an original work in order to create a new work. For example, adapting a novel to make a film or a university textbook to make it acceptable. Adaptation is treated as a separate right in some countries’ legislation, called as adaptation right.

The copyright owner has the authority to allow or restrict the creation and use of derivative works. The creator of the adaptation owns the copyright in the derivative work, which meets the requirements for protection. The creator is totally protected by the law, as he or she has complete control over the details of the work of art, and no one can infringe on it without facing legal consequences.

In the case of cinematograph films, adaptation is pretty common. If a movie that hasn’t yet reached the public domain needs to be remade, the person doing so must first obtain a license from the creator under section 30. This is because the creator is granted exclusive rights to the motion picture’s “adaptation.” Aag and Ghajini, for example, were remakes of Sholay and old Ghajini, respectively. Within India, such adaptations are usually made through proper license agreements. When Bollywood films borrow scripts from Hollywood films, however, such licensing deals are uncommon. This can be seen in a variety of ways. The plot of Dhoom 3 has recently been compared to that of The Prestige. In addition, Krishh 3 appears to be based on the X-Men franchise. Commercially successful films such as Partner, Raaz, and Karz were based on Hollywood originals such as Hitch, What Lies Beneath, and The Reincarnation of Peter Proud respectively.

In intellectual property law that copyright cannot be sought for “ideas, procedures, and methods of operation,” but only for the expression of ideas. Thus, while the idea of mutants’ existence cannot be copyrighted in X-Men, the expression of specific mutants seen in the film can be copyrighted. Furthermore, in many circumstances, the boundary separating the two is thin enough to cause debate.

In the case of R.G. Anand v. Delux Films, the Supreme Court used the ‘ordinary-observer test’ to decide on such questionable infringement. This test was first established by an American court in the case of Daly vs Palmer, which holds that infringement occurs when an ordinary reasonable person has an unmistakable impression after watching a film that it is a duplicate of another. However, in the case of Twentieth Century Fox Film Corporation V. Zee Telefilms, it was said that the infringing material must be examined individually, then as a whole – if the idea was the same, but the presentation was done in a completely different way, it could hardly be called infringement. The film industry has made considerable use of this argument, as the plot of the film may be similar, but the presentation is what makes it “different.”

In the present state, it appears that there is a severe gap in regulations that deal with cases where, under the name of adaptation, an audacious and repeated attempt is made to infringe on copyrighted works. After all, it’s not just about the original words, songs, notes, or colours; it’s all about the creativity, time, and passion that went into creating something exceptional and valuable.