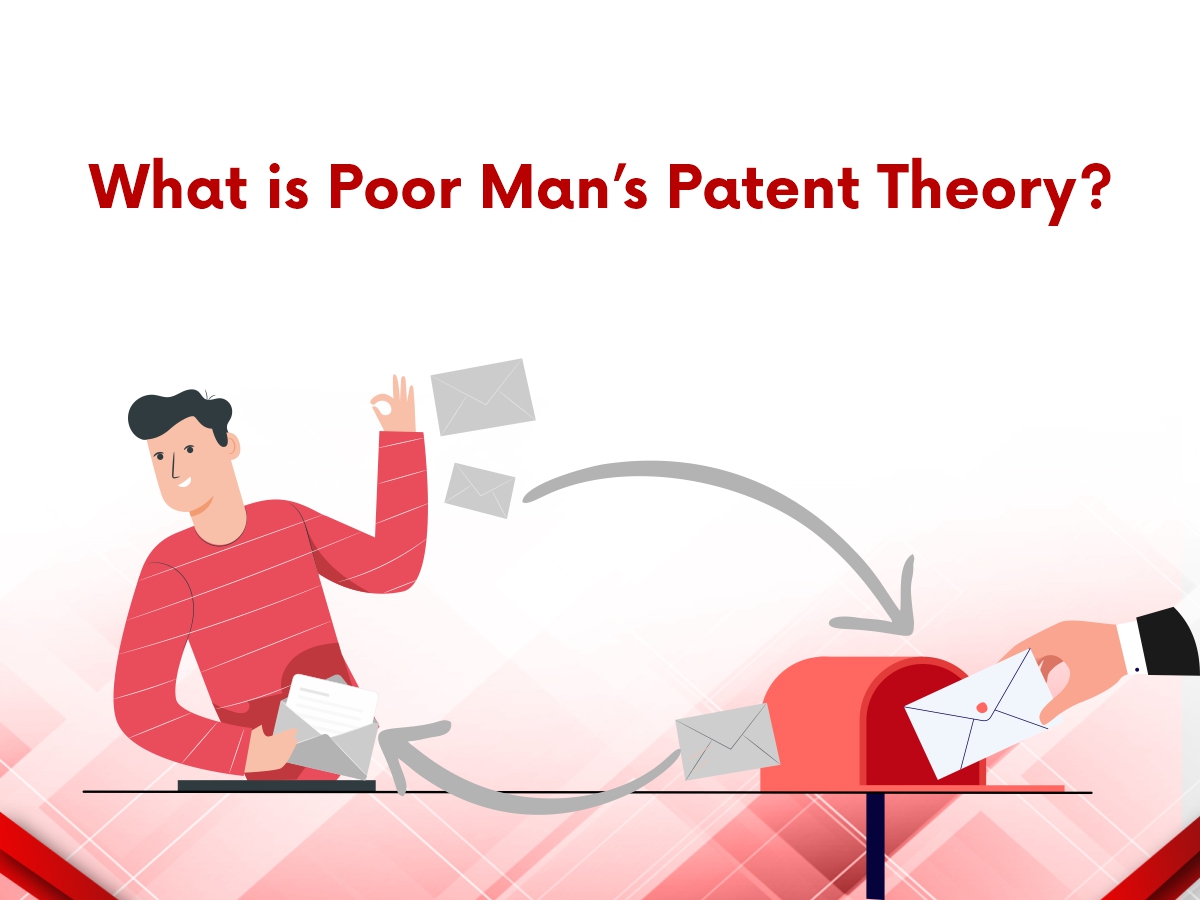 What is Poor Man’s Patent Theory?

The idea behind the “poor man’s patent” is that by writing down information related to your innovation and mail it to yourself in a sealed envelope by certified mail (or any other proof-of-delivery mail), The contents of the sealed envelope can be used as prove that is your idea.

The benefit of the “poor man’s patent” is that mailing yourself written documentation is much easier and less expensive than drafting, filing, and prosecuting a real patent application.

The poor man’s patent theory states that you can use the post as a prove the date when the invention was in your ownership (i.e., the date of invention), and that the post provides evidence without the need to reveal your invention to anyone – or you can go through the costly process of filing a proper patent application.

When the United States had a “first to invent” jurisdiction, the concept of a poor man’s patent originated. This meant that the intellectual property rights would go to the individual who came up with the innovation first and could prove it. A “poor man’s patent” could be one approach to demonstrate this. It wasn’t a flawless solution, but it was frequently backed up by solid facts.

The “first to invent” system has a number of flaws. The large frequency of lawsuits about who held the intellectual property rights to a product was increased . This was due to the fact that a “poor man’s patent” did not notify others to the invention. As a result, some people or companies would manufacture patents they didn’t mean to produce in order to increase their lawsuit worth. If it is shown that another individual or business invented the product before, actual inventors will be infringed and face severe penalties.

The concept for a poor man’s patent is now outdated due to the shift from a first-to-invent to a first-to-file approach. If someone else files first, being the first to invent will no longer eligible. So, even if you wrote down your invention idea and mailed it to yourself, that would be pointless. What matters is the date on which you filed your patent application to the US Patent and Trademark Office. There is no way to avoid filing a patent application with the Patent and Trademark Office in the United States because the country operates on a first-to-file system.