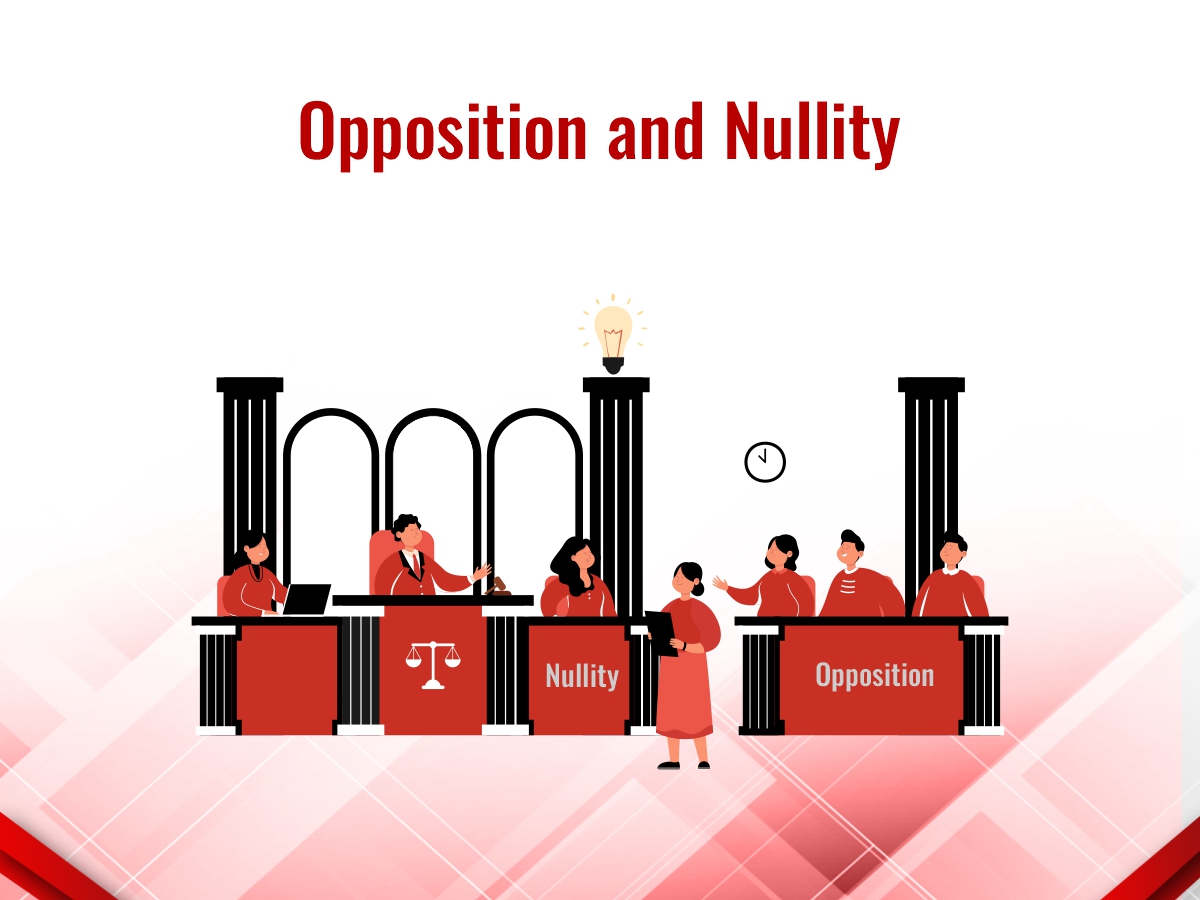 Is a granted patent interfering with your company operations, or are you particularly facing patent infringement actions or a warning, for instance? In this situation, you can either oppose the patent or file a nullity complaint if the nine-month opposition period has expired.

An opposition or nullity action may revocate a granted patent on the basis of the following criteria, on request:

The Opposition Division of either the German Patent and Trademark Office or the European Patent Office investigates the patentability of the patent in court-like procedures during opposition proceedings. It is important to remember that the Opposition Division is distinct from the Examining Division. This examination is frequently predicated on the opponent’s introduction of new prior art into the proceedings. This prior art might include, for example, items that were on the market previous to the filing date of the invention but were overlooked by the Patent Office throughout the patent grant process.

An objection can be filed against a German patent within nine months of the German patent’s grant being announced in the German Patent Bulletin. If the patent application was submitted by a non-entitled person or entity, an opposition can additionally be lodged. The Federal Patent Court has jurisdiction over judgments made by the German Patent and Trademark Office’s Patent Division regarding oppositions.

The same is true for patent nullity cases made to the German Federal Patent Court in Munich, where a nullity senate comprised of two legal judges and three technical judges reviews the legal validity of the patent issued.

Both opposition and nullity procedures begin with the submission of a number of extensive and detailed briefs, which are normally followed by many hours of oral proceedings, at the conclusion of which a judgement is usually delivered. Decisions made in the first instance in opposition procedures before the German Patent and Trademark Office or the European Patent Office may be challenged by filing an appeal. In the case of patent nullity proceedings, an appeal to the German Federal Court of Justice in Karlsruhe can be filed against the German Federal Patent Court’s judgement.

Because patent infringement and nullity cases are considered by distinct courts in Germany (the “separation principle”), excellent coordination between patent attorneys and attorneys-at-law is critical in both procedures, which are frequently held concurrently. As an opponent or nullity plaintiff, you want to know that the challenged patent will be cancelled in its entirety or at the very least restricted such that it no longer constitutes a danger to your products. As the patentee, you want to make sure that even if the patent is restricted, it still has a wide enough scope of protection to safeguard your products from patent infringement.